Freshwater Paradise in the Mountain of Death

The Cerro de la Muerte (also translated as “Summit of Death”) is the highest peak along the Costa Rican section of the Inter-American Highway. It is home to the most stunning scenery I have ever seen – you are literally above the clouds on a volcanic mountain range with winding roads, no guardrails, and cliffs that drop hundreds of meters to the lush rainforest valleys. 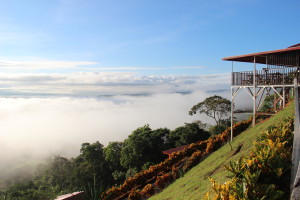 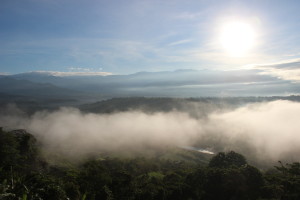 I visited this area during a vacation in May of 2014; naturally I searched vigorously for freshwater fly fishing opportunities. I struck gold in finding these guides online: Fly Fish in Costa Rica. Charlie, my guide, met me at the summit where we proceeded to drive down a harrowing dirt road. Increasingly lush landscape accompanied every meter of descent as the wildlife became more exotic and abundant. As we drove past a small luxurious spa, a restaurant, and a few homes of the local workers, Charlie told me that one wealthy family owns the whole valley.

The dirt road continues to meander along what I can only describe as the most beautiful stream upon which I have laid eyes: 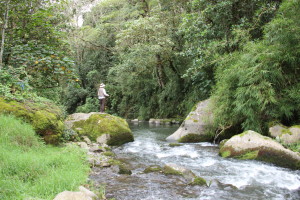 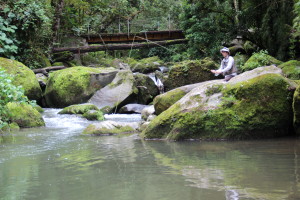 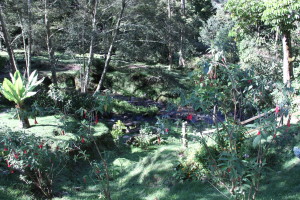 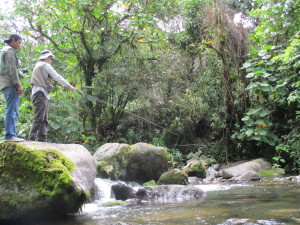 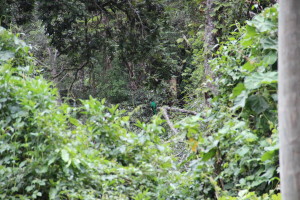 In the very center of the last picture above, there is a fluorescent green bird known as the Quetzal.  It is a mythological creature in Mayan culture, said to be a spiritual protector of Mayan chiefs.  While I encountered no other fishermen on my trip, there were a handful of birdwatchers eagerly searching for a glimpse of this special bird.

The rainbow trout found in this stream are all “native.” They are descendants of a stocking effort from the 1950’s. The trout seem to have taken on a unique appearance and have acquired the affectionate name, Tico Trout. They resemble qualities of rainbows and cutthroats. 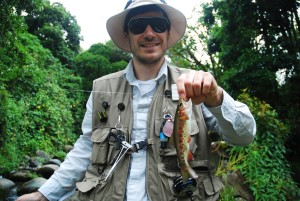 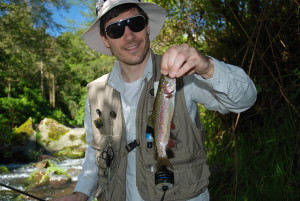 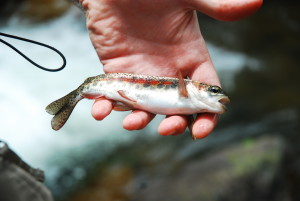 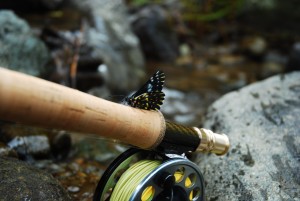 As some of you may know, May is towards the end of the rainy season in Costa Rica. This area of Costa Rica, however, seems to be exempt from the rainy season. Charlie confirmed that the valley below the Mountain of Death is usually sunny and in the 70’s year-round.

Do not pass up an opportunity to fish with Charlie if you are in Costa Rica!